Jerry Kranitz went over a few of his favorite physical releases in a new article at Hal McGee's Electronic Cottage webzine/community site.   Kranitz has been involved in the noise/experimental scene since the 80s and has a book on cassette-culture coming out at Vinyl-On-Demand (with two 7 inches) coming soon.  He had this to say:

I’ll say at the outset that this is the granddaddy of all physical music packages I have seen in years. The LP is pressed on red vinyl, comes housed in a sturdy gatefold jacket, and includes an absolutely STUNNING 44 page glossy art booklet. View the video for a detailed look.

The entire set is a delightful audio art, soundscape, collage, noise excursion. The music excels at simultaneous aggression and tranquil thematic development. I love how the music dramatically twists and turns on emotional and mood shattering dimes. It can be harsh, but there is a LOT going on… much sonic ear candy for the brain to ingest and absorb. I have listened to this LP several times, flipping slowly and intentionally through the art book, transfixed by the images. The imagery absolutely impacts the experience of the sounds on the LP!  more here 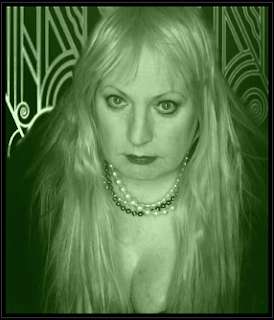 And if you haven't seen it yet, check out the newest installment of the NO PART OF IT interview series featuring VAL DENHAM!

The CIVIL WAR LP was reviewed by NOISE RECEPTOR.  Here is an excerpt:

Far from being a power electronics ‘genre’ piece, this is a wildly varied and creative release, where Civil War manages to continually surprise despite its relatively short overall run time. If it is not already apparent, Civil War is a perfect album for those craving sonic diversity well beyond the expected norms of a more typical ‘power electronics’ offering. 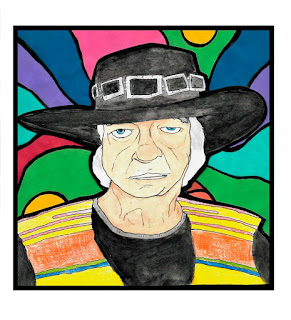 Arvo has contributed a cover song to a tribute album for "Star Trekkin' Rock N' Roll Cowboy" Ralph Gean.  Due out in Winter of 2019, Keep an eye out for it here.

---
Arvo has created a Halloween playlist on Spotify.  It is a mixture of his favorite "monster music" as well as material that dips into the realm of "Generic Halloween CD at the Dollar Store" territory, with no regrets. 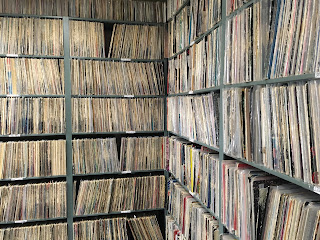 The new BLOOD RHYTHMS LP was also aired by Michael Krause (also featuring in the only BR track with profanities for some extra nepotism value!) on WZRD.  Below are links to the archives, and the playlist.  Krause has also uploaded very rare tapes on his archive.    In addition to that, the first track on the LP was aired by another WIZRD on WZRD Sept. 9, alongside SIXES, Can, Author & Punisher, Rune Lindblad, Points of Friction, Nevari Butchers, PBK (excerpt from the split with Arvo Zylo), Midmight, and more!  Thanks WIZARDS!