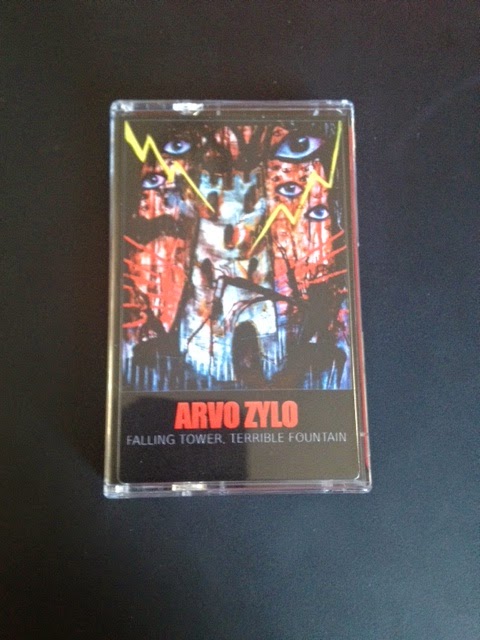 Now Available on SIDE OF THE SUN RECORDINGS, a very sparse and under-the-radar label headed by a good friend, is a pro duplicated cassette comprised of layered malfunctions, destroyed presets, and barren/animated noise soundtrack montages.  The audio is mastered by Zach Adams (Verdant, BKPR), just over 30 minutes of material, and is limited to 100 copies. The Falling Tower tarot card is my birth card and this is symbolically a very personal release.  I also happen to believe that it is the last of this kind for this label, who like me, would rather make connections in person than trying to promote heavily on the internet.  I mentioned the impetus of the tape in an interview with Heathen Harvest.   I don't have copies in my possession yet, but purchase inquiries can go here:
punkferret138 AT yahoo.com 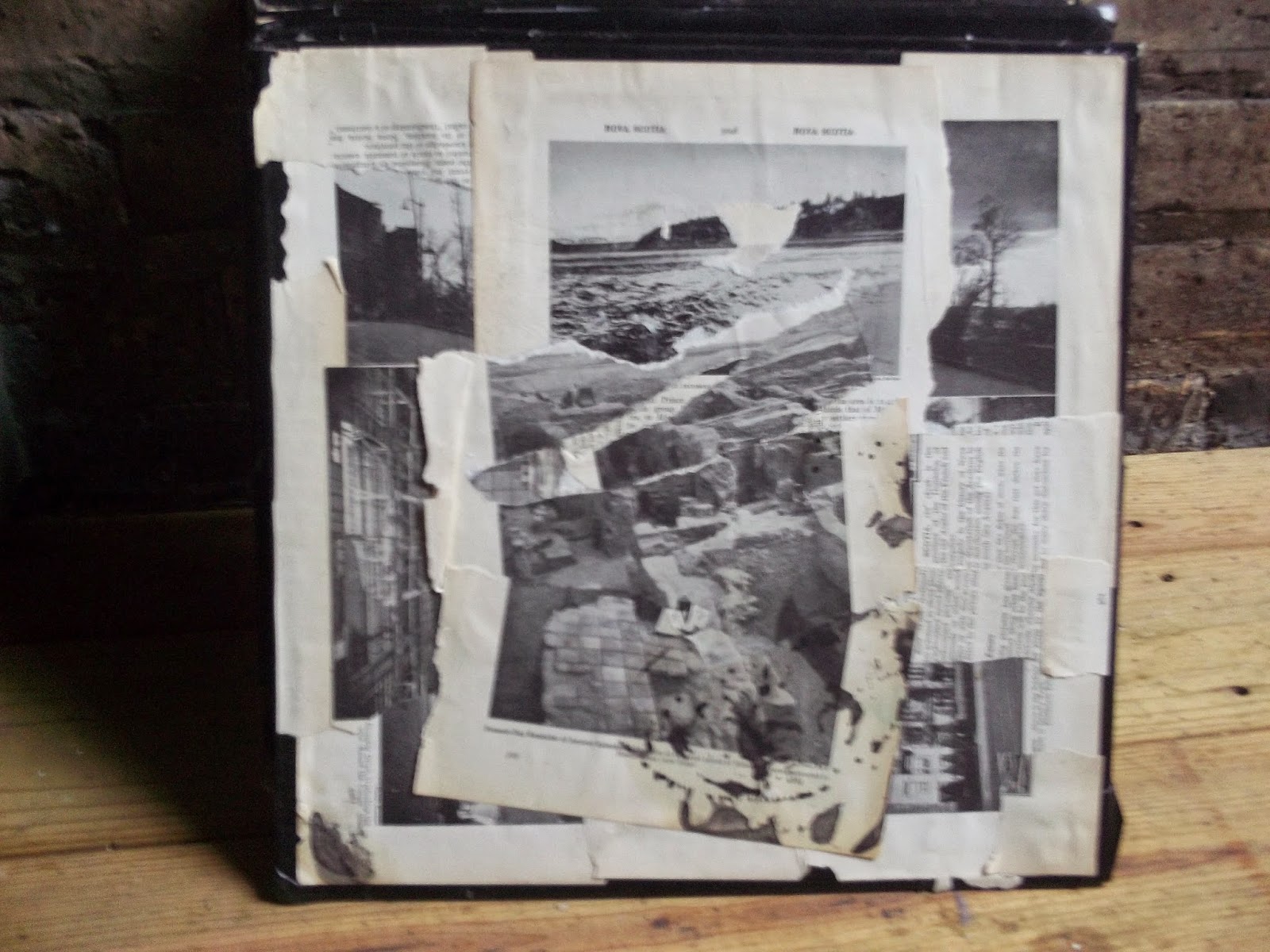 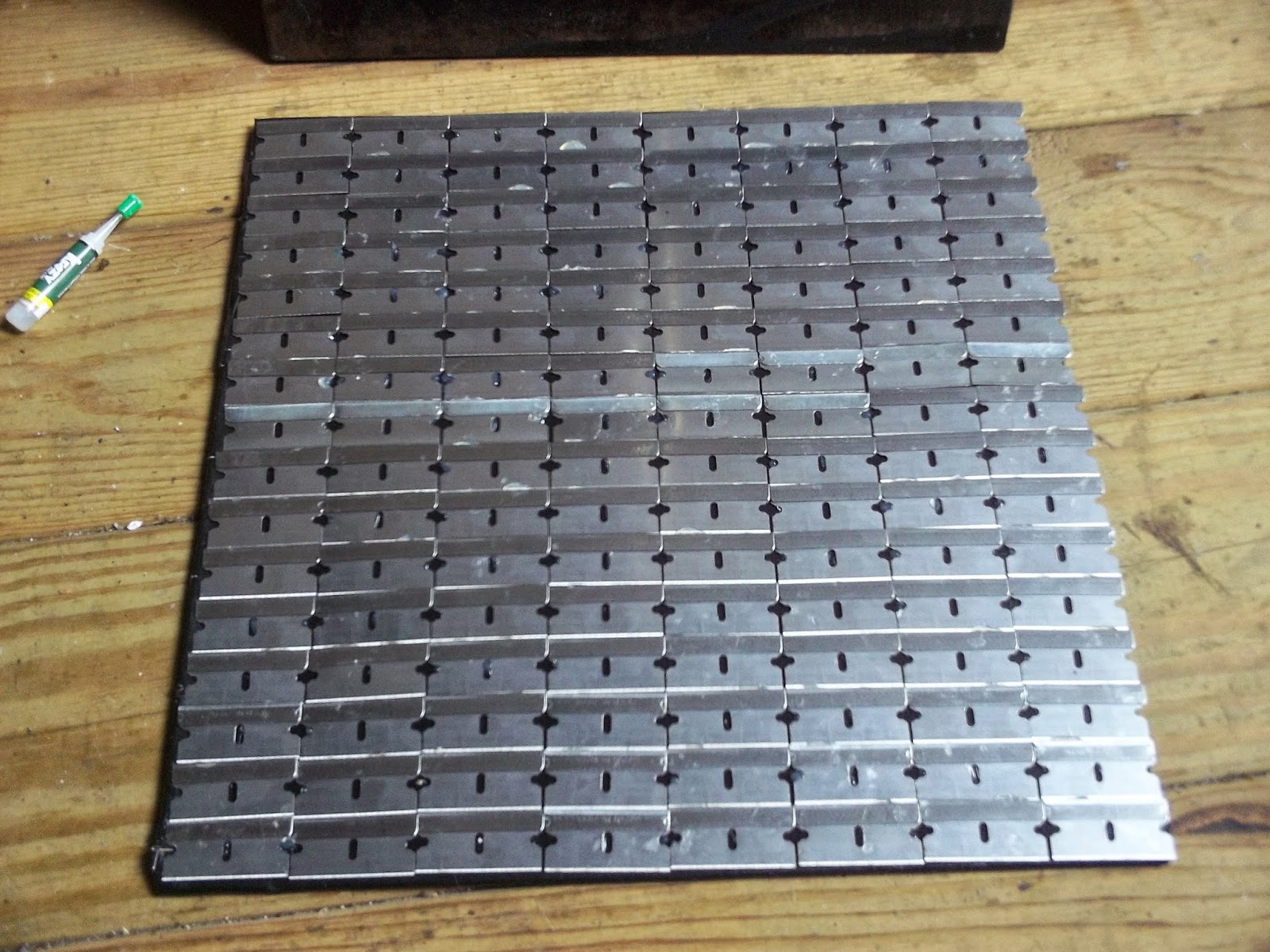 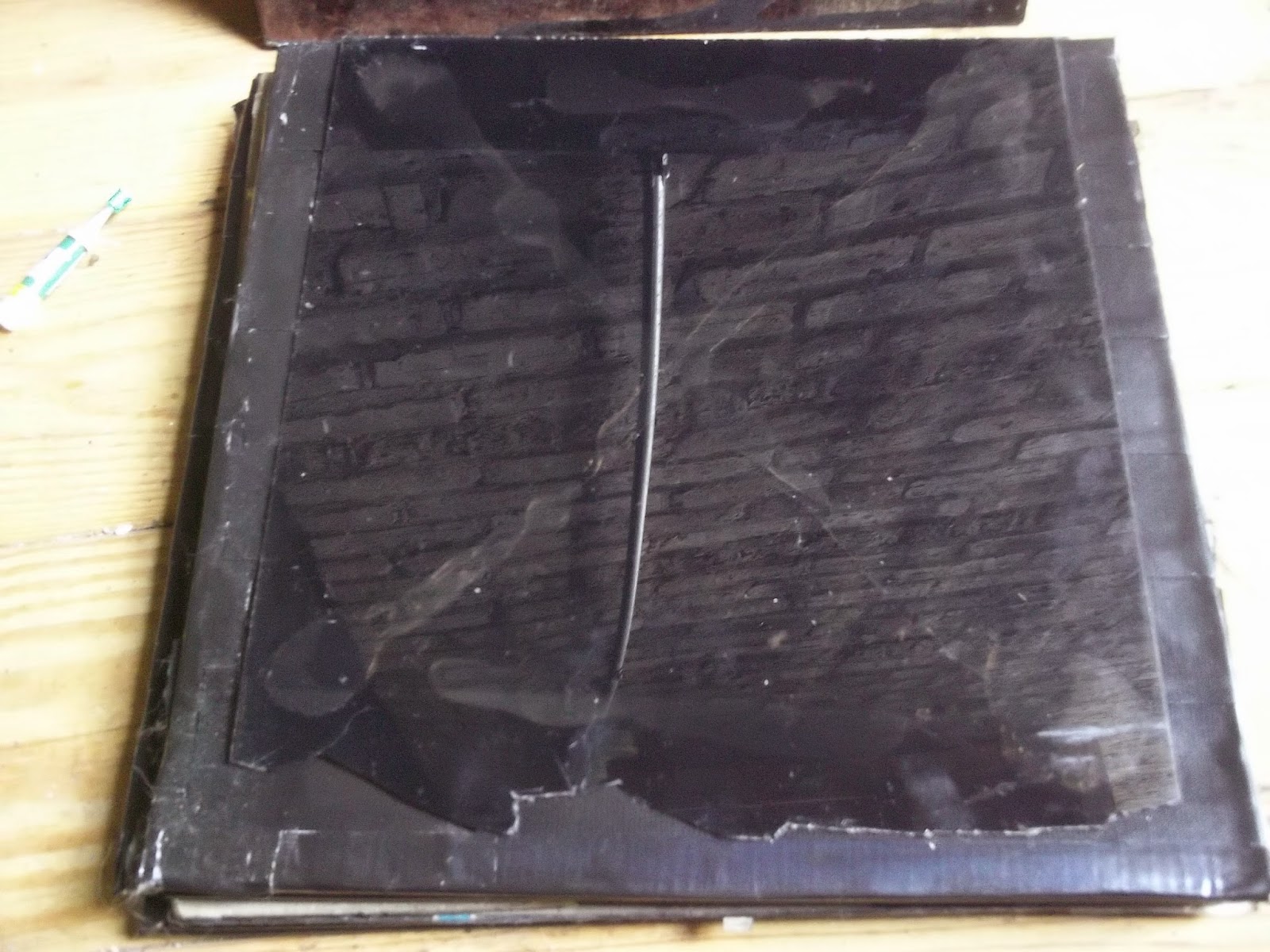 
Assembly is mastered by Zach Adams (BKPR, Verdant) and pressed on 180 gram vinyl.  I "assembled" 3 directional recordings of Bruce Lamont (Yakuza, Corrections House), Dave Purdie (Silver Abuse, Satan 2000), Brian Klein (The Machinist), Andy Ortmann (Panicsville, Nihilist Records) and myself playing mostly untrained brass and woodwind together inside of what could ostensibly be called a meat locker.  I then cut hundreds of loops, layered it to the point of madness, and massaged them into action.  At times, depending on the placement of the speakers, the listener might hear things that sound like voices which are not there.   Other times, it sounds like a train crashing over and over again.  The record is playable at all speeds.  Inserts are hand-stamped 4 different times and hand numbered, xeroxed directly from manually typewritten text.

And after months of debacle after debacle since April, and 6 years of dilly dallying with other labels, I finally have presentable copies of the Blood Rhythms LP ASSEMBLY.    This is co-released with RRRECORDS, who will have copies next week.   100 copies have inimitable hand made / collaged cover art by Ron Lessard, with material entirely from medical books, and 100+ copies have hand made / collaged / assembled covers from all kinds of hardware store / found detritus of mine. Each of the copies with my art include an anti record.  Many copies have been pre ordered since there was such a delay, and the covers were well done ahead of time.  A couple people framed them as mantle pieces!  Ron's copies are $15 postage paid in USA, and mine are $23 ppd.  Outside of USA should probably just contact RRR or refer to my most recent post on the matter of international shipping.

I have very few set aside for wholesale but rates are available.

I refuse to use paypal or any other digital currency device as a merchant.
I rely heavily on xeroxed newsletters and tangible connections, so my label could be called a "no net label" if you want, even if I am doing this in an email.  i may not check again for some time.  Mail is best for me.

Thanks to all who have purchased so far!  It has certainly been more than I had expected!

AND, this is my friend Gas Mask Horse at Indiana Noise Fest.   We went down there together and had a great time.  We each did interviews for a student documentary, met some cool noise artists and reunited with some others, and opened for HELLWITCH (despite not being able to stay to see them unfortunately) !!!!!.  There was a hand painted split c10 cassette between GMH and I limited to 15 copies, with a kinda "transgressive" song that I did when I was 19 on my side.  I'm still waiting for other documents to surface, but you can hear a phone recording of my set through a blown out PA if you want.  Thanks to Laura for setting that up and everyone I met on the way! 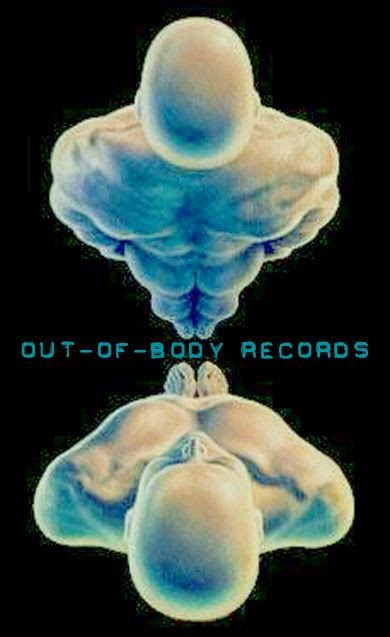 In other news,  Out-of-Body Records is sending off something of mine to the plant this week.  The first in a series, "Sequencer Works Volume One" is comprised of material that didn't fit conceptually onto my opus 333 release, which took 6 years for me to be happy with, and at one point was 3 discs long.  Fevered and whirling dysfunctional deep psychic / psychodrama / cinematic epics  screaming and pouncing through a beaten up machine that was designed to make bad 16 bit dance music.  Check out this label, everything on it is killer.

Sequencer Works Volume Two, a collection of my more musical material from 2000-2003, won't be long after that, and will be out through the support of 3 other labels; Rainbow Bridge, CIP, and Forever Escaping Boredom.    Also, my long awaited collaboration with Bryan Lewis Saunders is next on the list, and hopefully another LP in the summer, but this one won't take 7 months to press!